At the current conjuncture of liberal and financialized capitalism, war, displacement, and the rise of reactionary white identitarian supremacist nationalism, marking a hard shift towards genocidal fascism at the planetary level, land, water, and territory remain central sites of struggle. African people continue to be dispossessed and displaced and subject to premature death for the accumulation of capital. They are some of the most vulnerable people to so-called natural environmental disasters resulting from more than 500 years of ongoing colonization.

In September 2018 over 400 delegates from 62 countries gathered in Winneba, Ghana under the theme “Unifying the struggles of the masses against capitalism and imperialism” to draft a declaration reiterating that “socialism is the only way to realize the desires of the people.” This conference was the third among a series of conferences organized by Pan-Africanism Today, a Southern Africa-based organization of pan-African socialists. The discussions focused on five key tracks: Battle of ideas; Urban/Rural struggles; Youth; Feminist struggles; and Trade Unions. Movements of African people are already organizing across borders are theorizing, strategizing, and acting collectively. Additionally, some Black movement thinkers and leaders in the U.S. are starting to convene around the United Nations International Decade for People of African Descent in order to develop common analyses and strategies for social change and liberation.

African radicals in the U.S. need to take advantage of this planetary-scale momentum. Black liberation struggles cannot be waged within one given national context since capitalism is a world-system that orders human and land relations. Most specifically, the U.S. as a settler colony is a de-territorialized entity made possible through imperialist wars. Though this has always been the lens through which U.S. Black radicals have analyzed their oppression, organizing inter/nationally remains a daunting endeavor.

Prison abolitionist Ruth Wilson Gilmore urges us not to despair. Black radicals can operate in the shadow of the shadow state to amass capital in order to do revolutionary work. Thus, we propose to form a Pan-African Solidarity Network, one that regroups liberation fighters all over the U.S. to connect them to their homologues (firstly) throughout the Americas. We imagine that this Network will assist in the facilitation of a Fifth International. We imagine that this Network will foster the conditions for black liberation worldwide.

The Pan African Solidarity Network (PASN) will support the same infrastructure it envisages in the U.S. in other parts of the world. Solidarity is not simply about putting out a statement or doing activist tourism but about learning from one another and acting together. As such, the Network will support leftist parties and radical organizations that rage against the predatory security and colonial states and/or build alternatives. The first attempts will be with family in the Americas as there are networks already existing in the region. 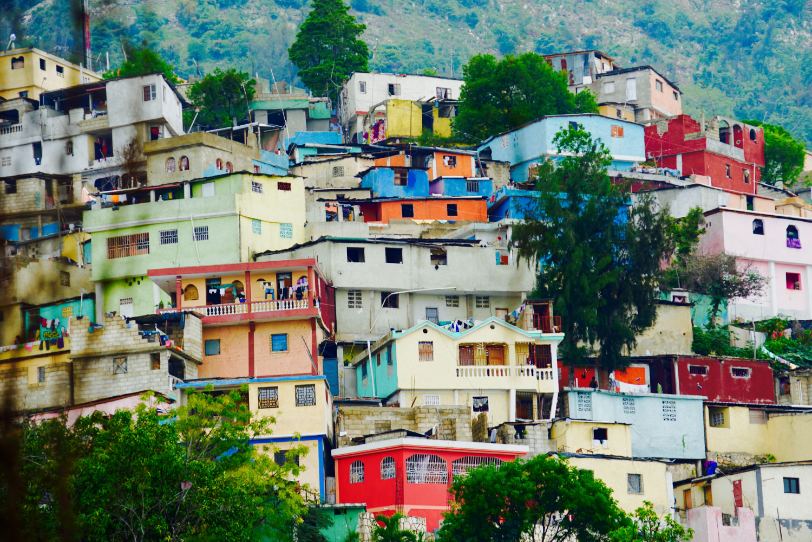 Our first endeavor will take place in Haiti with Pati Kan Pèp’s (The People’s Camp) Hinche branch. This is a relatively new party composed of many militants who struggled against the 29-year dictatorship of the Duvalier family and were supporters of the first president-elect Jean-Bertrand Aristide (some even served in his cabinet the first round). Party founders expose the plurality of the Left in Haiti that is often conflated with Aristide. Though Aristide continues to be an important icon not to be ignored or underestimated, political parties in Haiti are de-mobilized, drawn into the game of politics and seizing power for the sake of power without proposing alternatives out of the extractivist colonial model.

Pati Kan Pèp presents the opportunity to do things differently. Many of the leaders of the Party have spent the better part of the last 20 years meeting with radicals in the Latin American region and supporting local solidarity economy efforts. In doing so, they have been pushing an agroecological model of development that understands family and nation beyond modern territorial and biological borders, one that is emancipatory for all including the land upon which we depend for survival and life. This model is a return to what Haitian feminists, some also members of the Party, call “tradition,” a way of life emanating from the people as opposed to the “traditional” way of patriarchy and capitalism. It is a kind of Black radical tradition, to invoke Black Marxist Cedric Robinson, that is not inscribed in the logic of modern capitalism that differentiates and hierarchizes human beings in order to better exploit their laboring capacities.

We have selected Hinche because of the Party’s important presence (in the figure of Guerchang Bastia) in there. Guerchang Bastia is a Haitian roots singer who views his music as a tool for consciousness raising and organizing. He is also a PetroCaribe challenger, fighting against corruption (but more specifically around the squandering of over U$3.8 billion of Venezuela’s PetroCaribe funds by government officials and bourgeois elites). Hinche is the capital city of the Departement du Centre. 150,495 people 18 and over live there. Hinche is the hometown of Charlemagne Peralte, a leader of peasant rebellions against the U.S. occupation of Haiti (1915-1934). Clay is one of the major natural resources in the area. Furthermore, in the town of Maissade, former (deceased) president Rene Preval (whose Party split from Aristide’s Fanmi Lavalas) has a bamboo plantation. These could be potential sources for building alternative housing in the area.

Community Movement Builders will be supporting the party’s acquisition of a space to conduct movement building activities: This would be Pati Kan Pep’s first office in the country. To continue the Vendredis de la Connaissance/Fridays of Knowledge event with militant scholars discussing political issues facing Haiti that Guerchang Bastia (currently the face of the party in Hinche) already organizes.

This first step by the Pan African Solidarity Network (PASN) will begin the task of real resource and political exchanges to build the needed international solidarity structure necessary to build a real alliance, a real political vision and the calling of the International. In the next few months, PASN will open its membership to other organizations to discuss resource allocation and what is needed to plan the International and the next steps in the resurgence of Pan African work.

Throughout our mobilization, we aim to establish the following in Hinche, Haiti: 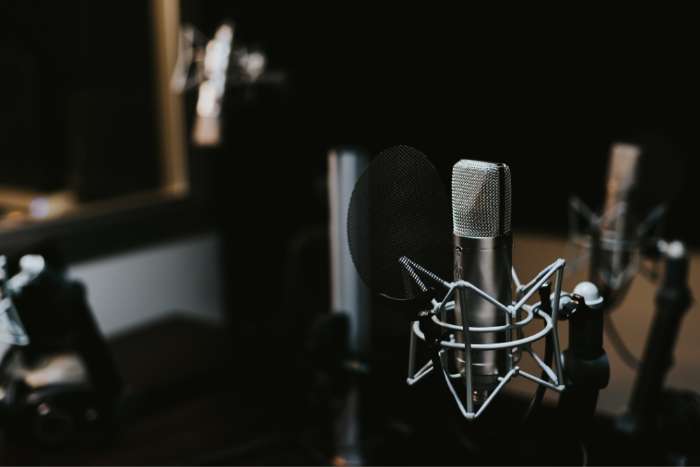 Most Haitians cannot travel inside the country, the roads being difficult to navigate and transportation being expensive for people living under $2 a day. Most people still don’t read and many rely on the radio for their information. This is an opportunity to shape new discourses on and about Haiti. 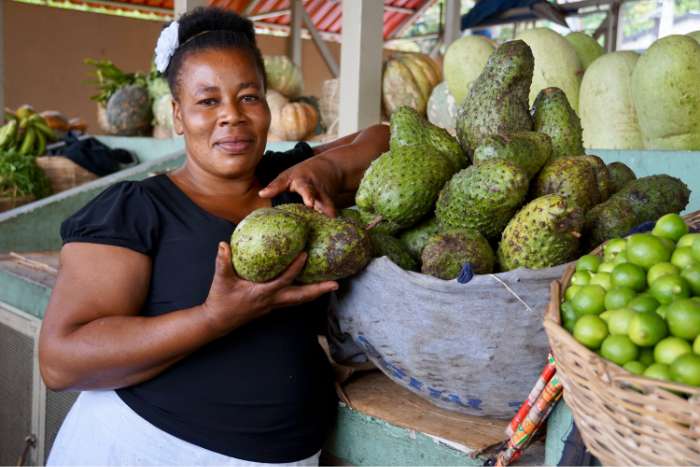 Bastia imagines a bar that would be a gathering spot for young people to consume healthy local food, food that would eventually come from a garden right outside of the building/house that includes an aquaponics system. 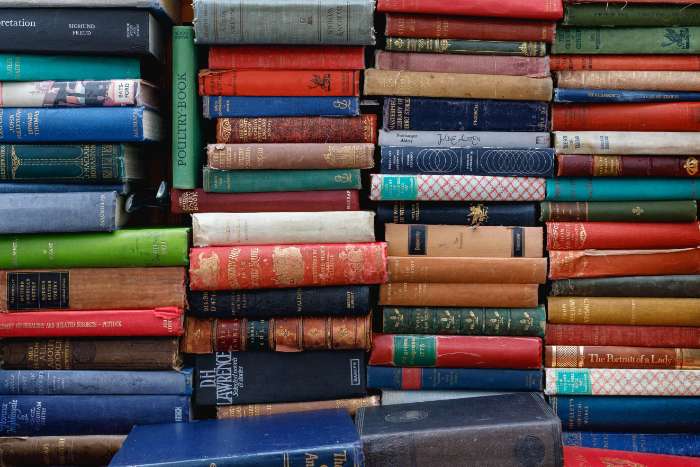 We aim to set up a library with donated and purchased books in English, French, Haitian Kreyòl, and Spanish as well as a computer center open to the public.