Liberated Zones are territories where the masses (the community of people who live in and around a specific area) are in near-complete control over their political and socio-economic destinies because they control the institutions in a specific region, city, town or state. Because liberated zones/territory will exist within larger capitalist economies and hostile state institutions, complete control can’t happen until another later stage of transformation. The control gained exists within a larger strategy of challenging state institutions and capitalism.

Economically, the community will run the market system through various worker-controlled enterprises and cooperatives. This is to ensure that the surplus-value of local communities’ labor is controlled within the liberated zones and not exploited by the outside capitalists. For this reason, that surplus can be distributed to developing the community and addressing human needs instead of capitalist wealth. Thus, the communities will be in charge of generating and sustaining economic wealth from within.

At a further stage in liberated activity, the state governing apparatus will also be under the control of the people (current institutions or new ones). That can be done through either revolutionary political parties that truly represent the people’s interest, or through the consistent political struggle of the masses. In any case, the state can be used to support cooperative economic activities and the creation of new economies to deter reactionary forces from reentering the liberated zone.

The people within the zones will control their local resources such as land, housing, and labor and will be the decision-makers on how these social elements will be maneuvered. Ideologically from our perspective as a Black self-determining organization, the masses will see themselves as a part of a larger pan-African struggle and therefore, embrace the unity and resistance struggles of African people at home and abroad. 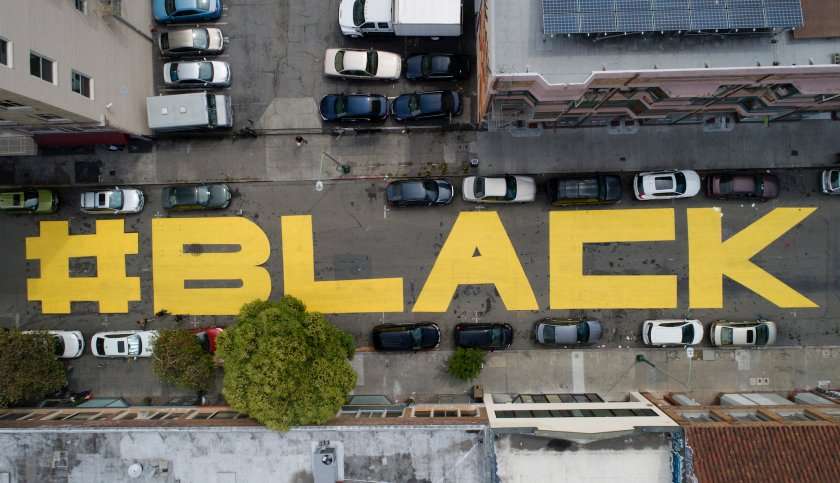 We demand that Black/Afrikan people in Black/Afrikan communities  collectively control where, how and with whom resources are invested in our communities. Economic democracy is a radical change in how society works. Workplaces must be more democratic and converted into worker self-managed companies/cooperatives.

We demand that the people be in charge of the policies that directly impact them instead of voting for phony politicians once a year whose interests are tied to the wealthy elite, not the people. Because of this, bourgeois representative democracy has failed to represent and execute the true will of the people. Thus, a purer form of democracy should be instituted on local levels, through popular initiatives, people’s assemblies, referendums, and the right to have elected officials recalled when wanted.

We  demand improvement, investment, and development in our communities that is localized and meets the needs of the people instead of markets or investors. We demand that  local economic development is  community-controlled and focused on community assets, land trusts, and worker-owned cooperatives.

Gentrification is a social and economic process wherein profit-hungry real estate enthusiasts and private developers from outside of the community buy up homes of community members and drive up the cost of living. As a result, poor Black/Afrikan residents are forced out of their homes and communities, transforming the neighborhood’s racial and economic character. We demand an immediate end to this ethnic cleansing process and that housing be treated as a human right that is safe and affordable.

Decolonization is the process of ending imperialism and deconstructing settler-colonialism—the white supremacist power structures that control the land, economic, political and social institutions worldwide. We seek to destroy and replace these systems with an Afrikan and Indigenous centered approach that reflects the cultural, political and economic practices that produce and sustain Black/Afrikan liberation.

We demand people have free and proper healthcare, even if they are economically disadvantaged. Currently, private insurance is constructed for the profit of a few rather than the health of the masses, and is inaccessible to poor and working class Black/Afrikan people who remain uninsured as a result.  Consequently, during times of public health crisis, we experience higher illness and death rates. We demand free, universal healthcare that uplifts the quality of life for our people and communities.

Currently, our public school system serves as a propaganda machine for the capitalist, imperialist state and trains our children to be exploited worker-participants within these systems, rather than developing our youth into self-directed thinkers with autonomy over their future.

We demand the creation of a public education system that nurtures the growth and development of our children. It must teach them the true histories of Afrikan and Indigenous people and Amerikka’s  historical and current global genocide and exploitation of oppressed peoples.. Currently, our public school system serves as a propaganda machine for the capitalist, imperialist state and trains our children to be exploited worker-participants within these systems, rather than developing our youth into self-directed thinkers with autonomy over their future.

We demand the creation of a public education system that nurtures the growth and development of our children. It must teach  them the true histories of Afrikan and Indigenous people and Amerikka’s  historical and current global genocide and exploitation of oppressed peoples. To create this new public education system, our schools must be controlled by the parents and community at large.

We demand the creation of community boards that possess the power to hire, fire and decide on the curriculum that meets the needs of our young people and not the needs of an American propaganda system. Our communities must also control local school funding sources so we can ensure our schools have access to the resources they need.

We demand an immediate end to the mass incarceration of Black/Afrikan people who serve as prison/slave labor for private businesses and governments. The profits derived from this labor influence the government to enact policies such as Stop and Frisk, that targets Black/Afrikan people and keeps us returning to prison. Militarized police with military grade weaponry and tactics occupy our communities turning them into war zones. Leading to the unjust harassment, assault, arrest and murder of our people. We demand the demilitarization of the police and community boards over precincts with the power to hire, fire and discipline the police, we will create a community first responders to secure our own communities.

Due to the endless pursuit of growth and profit-seeking, capitalist development has destroyed the environment, created destructive climate change, and engineered global warming. These issues directly and disproportionately impact Black/Afrikan people globally, causing disruptions to our food sources and environmental conditions that destroy our communities. Therefore, we demand food sustainability systems and new community development practices  that are not only safe but also enhance the quality of all life, the environment, and the planet.