HELP US FIGHT GENTRIFICATION IN OUR COMMUNITY

ATLANTA IS ONE OF THE FASTEST GENTRIFYING CITIES IN THE COUNTRY.

Gentrification is an economic process of demand in which profit-hungry real estate enthusiasts and private developers from outside of the community buy up homes of community members and drive up the cost of living – transforming a neighborhood’s racial and economic makeup and forcing poorer, often Black residents, out of their homes and communities. The new arrivals of these transitions are more often moderate-to upper-income whites, and are invariably persons who do not preserve, support, or value the community culture or residents that they have uprooted. At CMB, we believe the effects of gentrification are far-reaching on Black communities in a harmful way, a violent way, and that our government has a responsibility to uphold a level of human rights that does not promote this kind of violence. 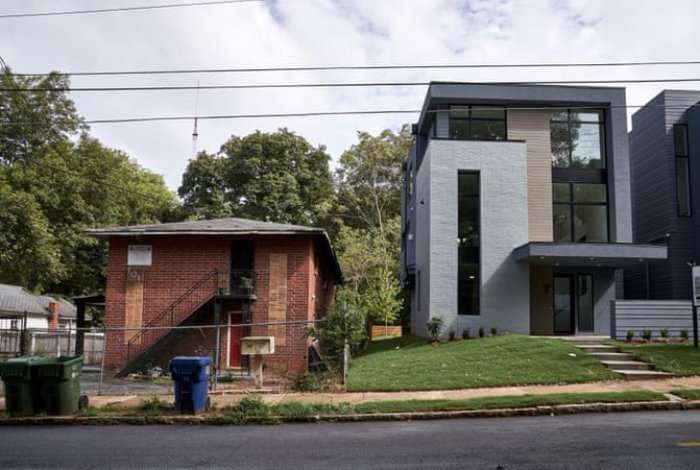 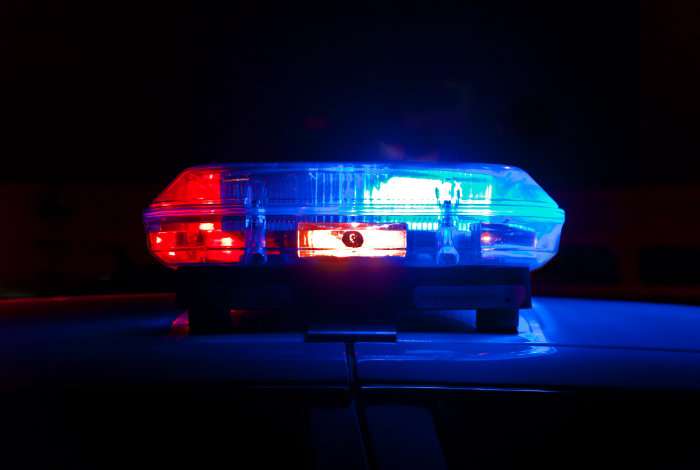 Residents are told that safety is a top priority as new policing techniques, cameras and arrest patterns are implemented against poor and/or jobless residents. 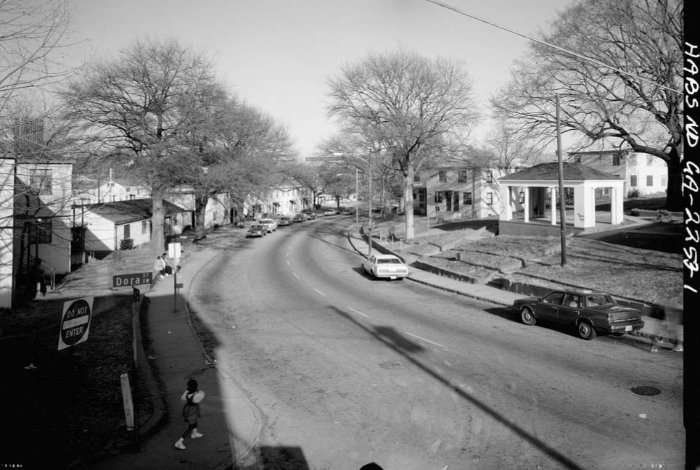 Invaluable history and culture is stripped away as older residents are not included in the planning process of what their new neighborhood will look like.

The Pittsburgh community of Atlanta, headquarters of Community Movement Builders, is pushing back against gentrification with policy initiatives, public anti-gentrification campaigns, petition drives, rallies, political art pieces, and land acquisition campaigns. We seek to leverage resources in the community to create housing for activists, low and moderate-income housing to support working-class Black people, and land trusts for long-term sustainability. Our goal is to use this model to stop gentrification and create a healthy Black community.

Community Movement Builders already owns several properties in the Pittsburgh community: Our Community House, a house plot across the street, and land for commercial development. We are also caretakers of the community garden. Our community house hosts meetings, events, and other activities for the neighborhood, including several of our cooperative enterprises.  Our work to stop gentrification is wholistic and based on a strategy of bringing power to the community so that it can have control over decisions of land, commercial and residential development in the neighborhood to create a stable place for poor and working-class Black people. 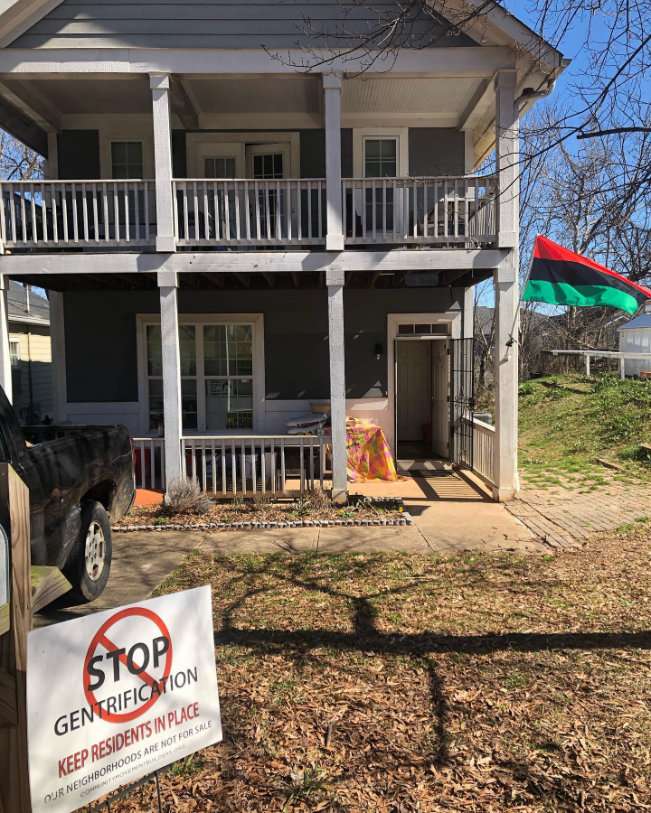 HELP US SUPPORT OUR COMMUNITIES

Make a donation to advance a strong and sustainable Black community. 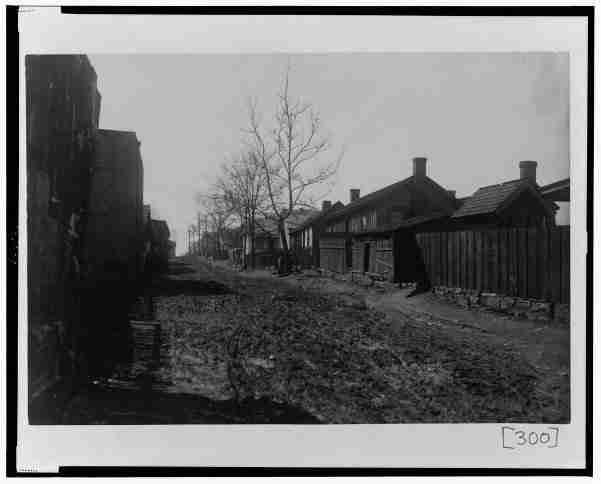 Black tenements outside of Pittsburgh, Atlanta.

Founded in 1883 by formally enslaved Africans who became Black industrial workers, Pittsburgh is one of Atlanta’s oldest neighborhoods. It became a destination for families looking to move away from southern counties of Atlanta where the Ku Klux Klan was active. The railyards that skirted the community were a major source of pollution, and lookers-on likened it to the smog created by the steel mills in Pittsburgh, Pennsylvania. The association stuck, and the community would become permanently known as Pittsburgh. African-American businesses lined McDaniel Street in its early days as segregation prevented blacks from shopping in white business districts.

Pittsburgh boasts a number of assets that are now making it attractive to developers and investors. It is connected via an ample grid of city streets, and located very close to Interstates 75-85. It is an Atlanta Belt-Line neighborhood – a distinction limited to 40 or so communities along a 22-mile loop of parks, trails and transit currently under construction. A new study has shown that the “Beltline” project is devastating Atlanta’s affordable housing, outlining sharp increases in home values in low-income and largely African-American communities in the southwest segment, the next planned area for the Beltline to break ground. Neighborhoods such as Adair Park, Pittsburgh, Mechanicsville, and Westview have seen median sale prices jump 68 percent since 2011.

We have created a fund to support the stabilization of long-term residents in the Pittsburgh area of Atlanta.

We are dedicated to creating opportunities to support this working-class Black area stay affordable for current and future residents. 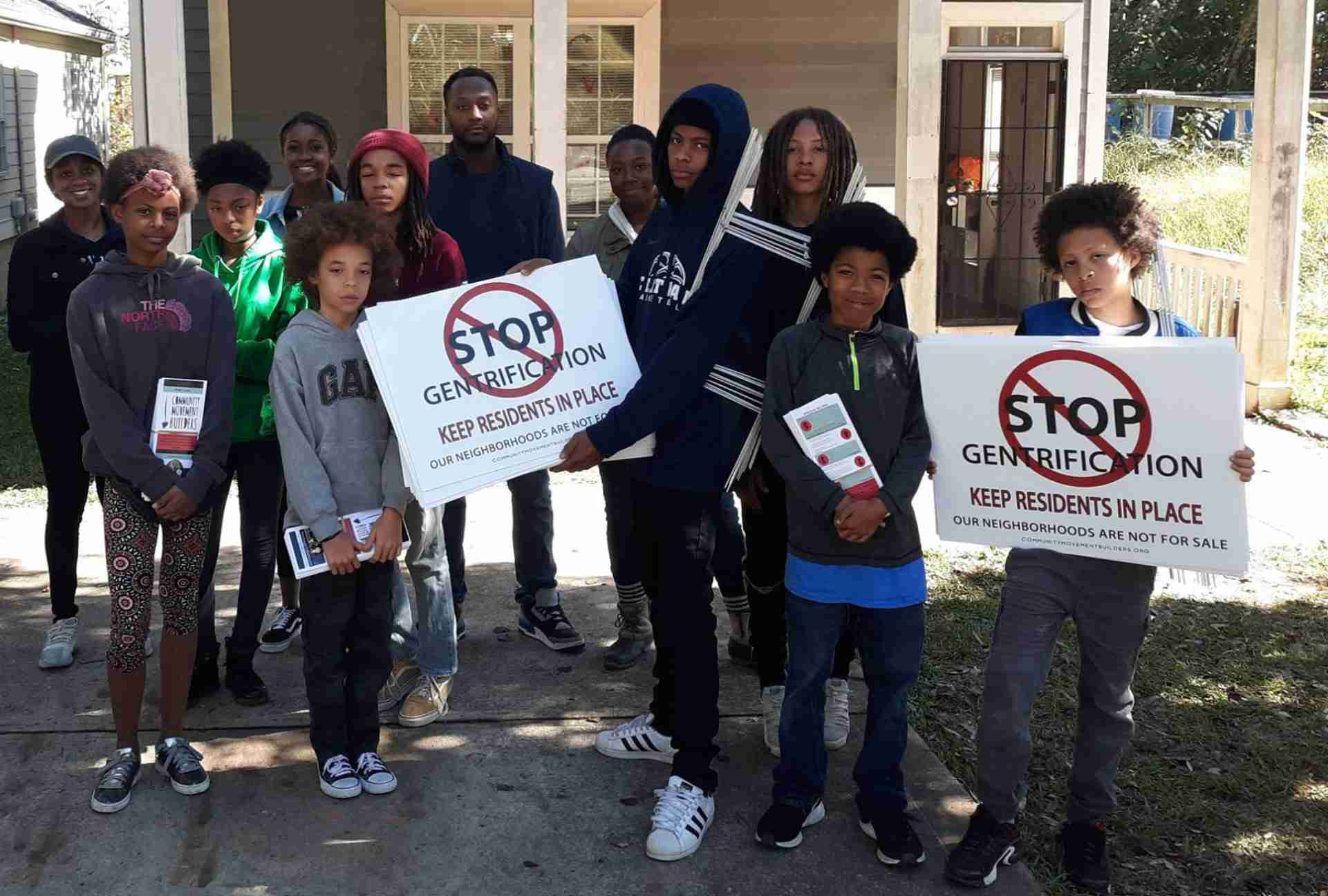